Building the Nike of Esports: Meet the Female Founders Who Mastered the Art of Apparel Manufacturing

Phil Knight was 24 years old when he started Blue Ribbon Sports, the company that would become Nike.

Phil Knight was 24 years old when he started Blue Ribbon Sports, the company that would become Nike. Unlike Knight, who was an avid runner and sports enthusiast, Rachel Feinberg and Breanne Harrison-Pollock, both 26 years old, were not gamers but simply two best friends who unlocked the mysterious world of esports. While Nike had to challenge the large incumbent Adidas during its days of origin, Ateyo is the first company of its kind in esports. Feinberg and Harrison-Pollock first became connected during their time at Parsons School of Design. Like the University of Pennsylvania or Stanford University, Knight’s alma mater, which breeds entrepreneurs in the world of finance, healthcare, and technology, Parsons is an institution based in New York City, known for producing some of the world’s greatest minds in fashion such as Marc Jacobs, Tom Ford, Alexander Wang, Donna Karan and many others.

Feinberg and Harrison-Pollock started on the grassroots level of gaming by attending gaming events at the local gaming scene an hour outside of Manhattan in Flushing, Queens. These gaming events and cafes served as the innovation center for Feinberg and Harrison-Pollock who would test various apparel concepts with their end-users. These cafes served as an epicenter for gamers who would come to either pay by the hour to play or compete against each other in a League of Legends LAN tournament, a small 32 contestant tournament where they would compete for top prizes such as an early Ateyo sweatshirt. “We would make different sleeves for a sweatshirt and have our prospective users game in it. At first, they thought we were crazy but eventually, they understood what we were trying to build and became excited that a company was focusing on their needs,” says Feinberg.

The team initially focused on designing the best solution for a gamer’s wrist, acknowledging that carpal tunnel, a condition characterized by numbness and tingling in the hand caused by a narrowing passageway in the wrist, is an issue many in the gaming industry suffer from. According to Feinberg, “the wrist is such an important part of who you are as a gamer, so we asked ourselves what we can do through apparel to support that. We started by prototyping different cuffs with thumbholes and padding and tested them with our users.”

The team evaluated and observed the pain points and problems of thousands of users during the R&D process. The prototype process did not end with the wrist but focused on all types of problems ranging from how end-users sat during a match through things they would do between matches. They then mapped out and prioritized these pain points, focusing on what was most consistent across the largest segment of their user base.

Eventually, the Ateyo team reached a point where they needed to find the right manufacturing partners. Because of the novelty and custom nature of their apparel products, they first needed to develop a value-chain that fit with their needs.

When the team was ready to find the right suppliers and manufacturers, they spent two weeks driving around Los Angeles meeting with a number of factories. “A lot of the factories did not provide the quality of work we were looking for. A majority could not do the pockets the way we needed them to be done or did not have the right machinery to do the appropriate stitching, so it was a long process to find the right manufacturing partners,” says Harrison-Pollock. Simultaneously while searching for the right cut and sew factory, the team worked closely with a fabric mill to create a textile they believed would be ideal for their customer base. The team believes the fabric is one of the most important ingredients in manufacturing an apparel product. “After going through the process of sampling tons of products with the fabric mill, we eventually manufactured a fabric we knew was inherently breathable, sweat-wicking, soft to the touch, durable, and non-temperature withholding,” says Harrison-Pollock. 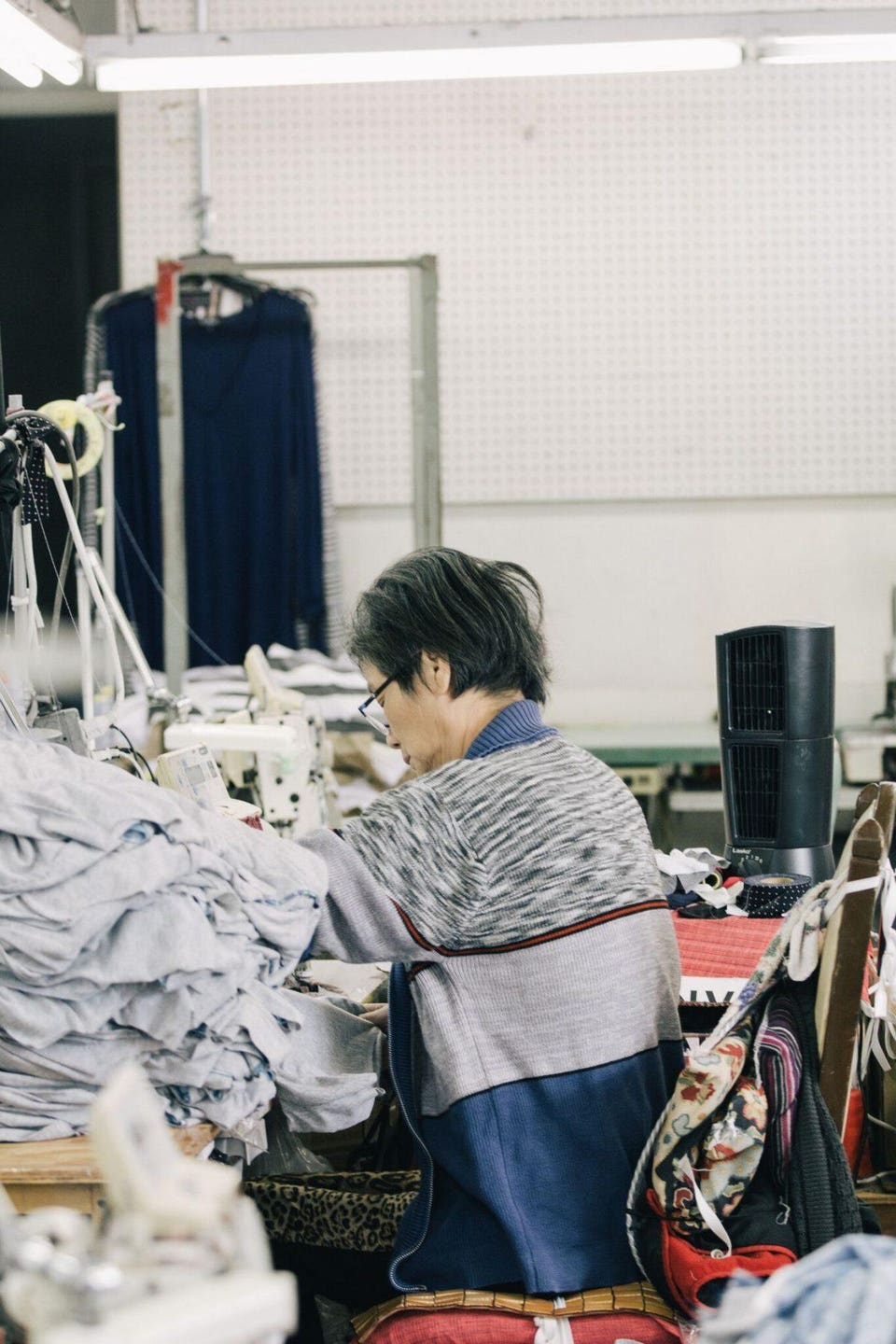 Eventually, the team found a cut & sew factory 40 minutes outside of LA that was doing a lot of work for Lululemon. Knowing Lululemon has a strict protocol on factories they partner with from a quality perspective, the Ateyo team established enough trust to do their first line of production. 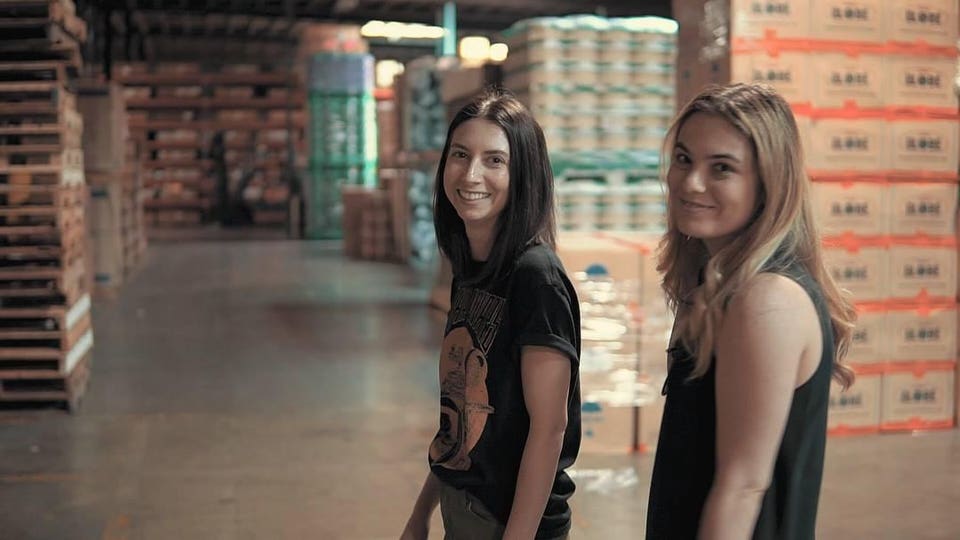 Ateyo’s founding team spent the majority of each week working alongside the factory workers, ensuring maximum quality of production. “We were very hands-on with the factory workers. We made sure the sewing and product finishes were correct, and while they packed the initial batch of sweatshirts, we were trimming threads,” says Harrison-Pollock. After realizing the cut & sew factory was unable to scale appropriately with Ateyo’s growth, they had to conduct another search and found the factory they’re working with to this day based in downtown LA. 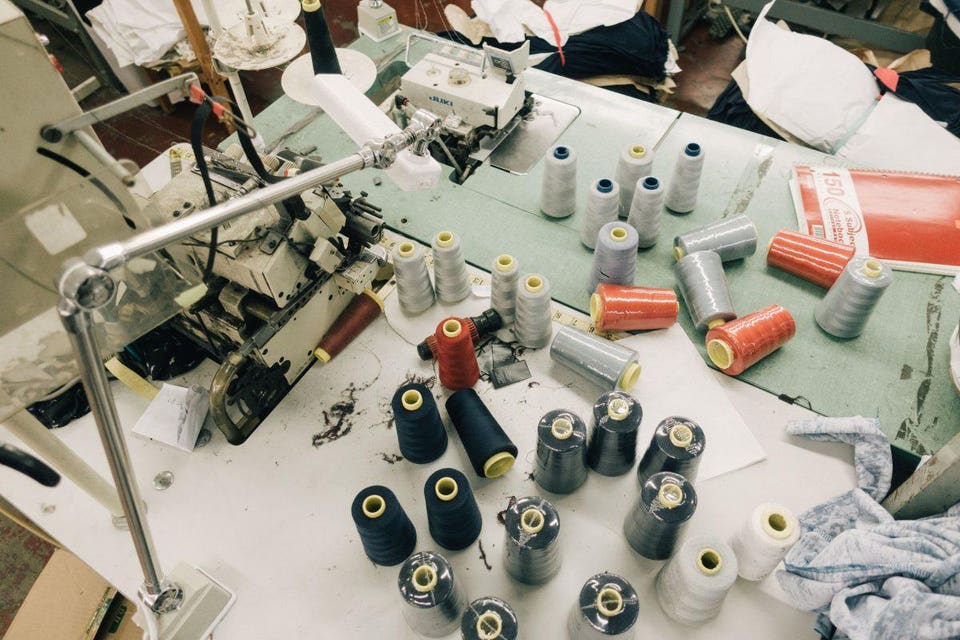 The founders are proud to be manufacturing their products in the United States when most brands choose to go overseas. “We purposely try to source as many things domestically as possible, because we believe in having our products produced in facilities that support a positive quality of life for the factory workers. We are so close with our manufacturers that we even have days where we do volunteer work with our suppliers,” says Harrison-Pollock. Furthermore, the team selected LA, so they can continue to be hands-on with the production process. 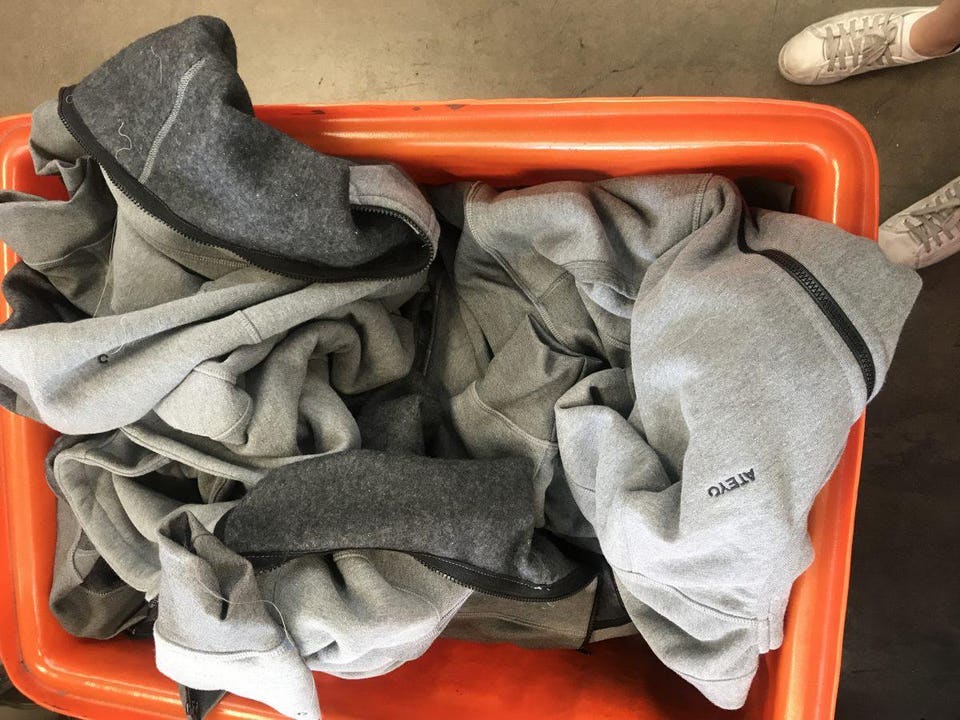 While Ateyo’s mastery of apparel manufacturing and product development has helped the company succeed, their work with a number of top gamers, commentators, and influencers including those like Travis Gafford has positioned them as a leader within esports. “Working with the Ateyo team compared to other big brands has been rewarding because of how nimble they’ve been in their approach to the market,” says Gafford. “While initially skeptical about what esports apparel would mean for the industry, the Ateyo team discounted my skepticism through their detail-oriented approach to product development. Many other companies have just raised money and tried to come into the space without taking the time to go to events, speak to gamers and learn the problems at first hand. Ateyo has fully invested their time and efforts in investigating the esports industry first-hand.”

Bryce Blum, a founding Partner of ESG Law and named to the Forbes 30 Under 30 2018 List for Gaming, is an attorney and founder of the world’s only dedicated esports law firm, where he represents top teams in games including League of Legends and Overwatch reports. “Gaming for decades was a thing not culturally accepted. There was a backward perspective on gaming where it was seen somewhat as an anti-social back culture. Recently, that’s changed. For the first time ever, gamers are now seen as artists, athletes, and have become socially credible,” Blum says. He describes Ateyo as a lifestyle brand that represents gamers in a proud way, comparing the company to where Nike was as an organization in the 1970s. “I’m excited to see where the company goes as the industry evolves. Ateyo is poised to grow along with the industry,” says Blum.

Because of his interest in apparel manufacturing and fashion, Monte Cristo, one of the industry’s most notorious and talented casters, visited the fabric mills with Feinberg and Breanne-Harrison to get a deeper understanding of the products they were producing. “Breanne and Rachel’s deep understanding of manufacturing and their logistical abilities to run a business is something I found interesting. They did not take the easy and cheaper route of manufacturing clothing overseas while using generic fabrics used by so many other companies. Instead, they had a detailed plan to mold their own fabrics. The fact they made their products here in the US and in LA in particular really excited me,” says Cristo. Cristo believes that one of the things that make Ateyo successful is how genuine the founders are. “They entered this space because they actually want to improve people’s experiences and develop products helpful for gamers. The way they do their research and create content specific to the people they’re working with is truly incredible. Their attention to detail is amazing,” says Cristo. 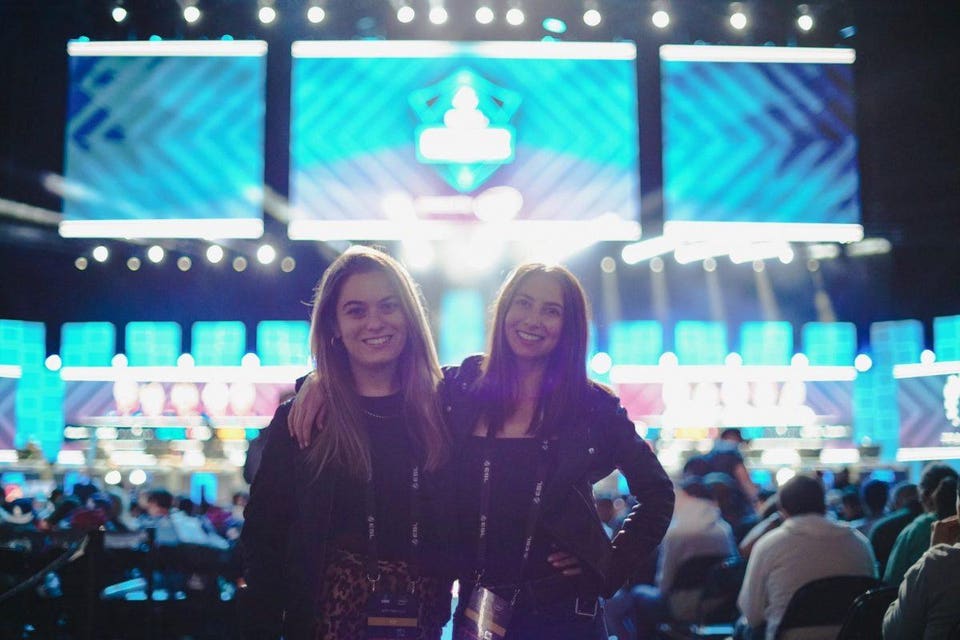 As for what’s next, Feinberg and Harrison-Pollock have the vision to change the way people interact with their apparel. Nike started with running and Ateyo started with esports. This is the first of many steps to come.