Can Foldables Revive Flagging Smartphone Sales? Samsung And Huawei Bet They Can

There’s a new phone released, or announced, just about every week these days—a sign that the mobile industry is nearing a saturation point—but this month we will see the release of something truly innovative.

There’s a new phone released, or announced, just about every week these days—a sign that the mobile industry is nearing a saturation point—but this month we will see the release of something truly innovative. At least for gadget geeks like me, this is genuinely exciting: the foldable phone. This product isn’t a rehash of the clamshell cellular phones of the early 2000s, which had a screen on one side and a dial pad on the other. Instead, these phones have a single screen that can fold and unfold like a book.

The appeal of a device that can be both a tablet and a smartphone, depending on how the user folds it, is obvious. The idea has been a gadget fantasy for many years, but it wasn’t attainable until the development of organic light emitting diode (OLED) displays, which are flexible unlike LCD screens. Samsung Electronics, a leader in OLED, is naturally the first out the gate, with the Galaxy Fold hitting stores this month. But China’s Huawei isn’t far behind: it too will release the foldable Mate X in June, using Chinese display maker BOE’s OLED panels.

A bending screen generates a number of questions: Will the display show signs of creasing or color distortion at the folding point? Does such a radical design make the device more prone to malfunction? Will the device’s software be able to keep up with the constantly shifting screen size and orientation? 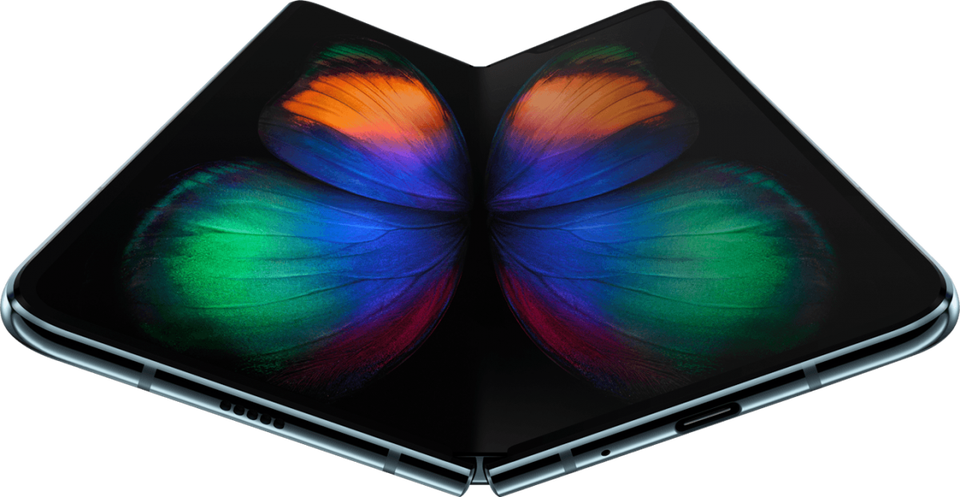 Huawei quelled those concerns to some extent at the Mobile World Congress in February when it allowed a small group of journalists (including myself) to briefly try out the Mate X. After three minutes of testing the device, I thought that the Mate X fared better than expectations. The eight-inch display was vibrant, without noticeable creasing or color imbalance at the screen’s folding point. Overall thickness when folded is still manageable, at 11mm. The software provided an almost instantaneous change of display with apps jumping between a small mobile screen to a larger tablet view within a split-second.

At that event, only Samsung officials were allowed to handle the new Galaxy Fold, so it was impossible for the media to get a hands-on review.

Samsung has since sent out review units to U.S. media in mid-April. The phone initially impressed, until reports emerged soon afterward that the folding displays of some review units began to malfunction. Two types of failures have emerged thus far: the first stems from the removal of a plastic film which covers the display, even though Samsung had advised journalists not to remove the film. The second, more worrying, problem is that the screen stops working if debris gets underneath the panel, likely through the hinge part of the device.

I got this far peeling it off before the display spazzed and blacked out. Started over with a replacement. pic.twitter.com/ZhEG2Bqulr

Samsung has since issued a statement downplaying the incidents. Despite suffering a major product quality control fiasco over two years ago with the Note 7, Samsung appears confident, telling the Wall Street Journal it will still move forward with the U.S. release of the phone on April 26.

Most mainstream consumers will be wary of foldable phones now that Samsung’s have garnered such negative reviews after just two days of real-world testing, but these phones, which are pricey at $2,000 (Galaxy Fold) and $2,600 (Mate X) were always meant to target early adopters and hardcore tech enthusiasts, anyway.

For everyone else, wait until at least 2020, when foldable phones are in gen-two of development, before thinking of buying one. The good news is other Chinese brands such as Xiaomi and Oppo already have working foldable prototypes, and both brands are known to sell their products at lower prices. By 2020, foldable phones should be cheaper, and less prone to failure.

Note: This article was updated at 4:30 p.m. on April 18 to include reports around early reviews of the Samsung Galaxy Fold