What if the U.S. Treasury Department held a bond auction and nobody came?

This highly feared scenario, one that would savage world markets, leapt to mind last week as Washington suffered its worst debt sale in a decade. And if Donald Trump is looking to assign blame, the U.S. president needn’t stretch his imagination very far: China.

The fingerprints of Trump’s favorite scapegoat for weak U.S. wages, climate change, you name it, are all over the events of May 8. Punters only submitted bids for 2.17 times the $27 billion of 10-year bonds the Treasury sold that day. It was quite the reality check for those who think demand for Treasurys is limitless. At its root is increasing awareness that Beijing is buying fewer and fewer dollars.

Japan, too, but China is America’s top banker, a status that shines a bright spotlight Beijing’s way. Yet some of the spotlight needs to be on Trump’s shaky stewardship of Washington’s remaining AAA credit ratings. In other words, China has very valid reasons to worry about the $1.12 trillion of state wealth it entrusted to the U.S. government.

Here, the 2009 and 2019 bookends deepen the plot. The last time the U.S. held so ugly a bond auction was in March 2009. That was amid a post-Lehman-crisis borrowing binge that spooked America’s bankers in Asia. That year, then Chinese Premier Wen Jiabao even resorted to public pleas.

“We have made a huge amount of loans to the United States,” Wen said. “Of course, we are concerned about the safety of our assets. To be honest, I am a little bit worried.” He urged the U.S. “to honor its words, stay a credible nation and ensure the safety of Chinese assets.” 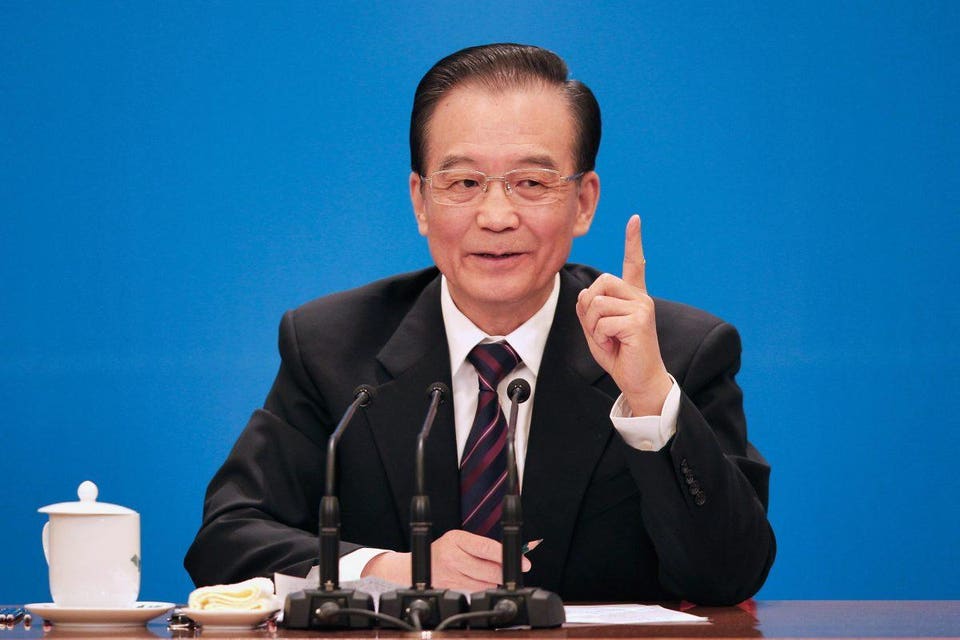 Assets everywhere would plunge as the linchpin of the global financial system lost its main benefactor. To be sure, China’s holdings are just a fraction of the roughly $22 trillion of outstanding American IOUs. But China’s purchases, like those of Japan, Taiwan, Singapore and South Korea, are thought to be automatic. Beijing, after all, has a chronic need for dollars as its own foreign debt load explodes.

This also traps officials in Beijing and Tokyo to some extent. If peers got wind of the bloodbath to come, they, too, would rush for the exits and intensify the selloff. Neither Xi nor Japan’s Shinzo Abe relish the idea of explaining massive paper losses to their citizenry.

Yet Trump’s erraticness is making the dollar a risky bet. It’s not just that he favors a weaker exchange rate. It’s that he’s running fiscal policy with the same abandon with which he once bankrupted casinos. Trump’s giant 2017 tax cut pumped $1.5 trillion of unneeded stimulus at an economy near full employment. Paying for it has Washington now borrowing more than $1 trillion annually. It also has him leaning on the Federal Reserve to go the way of Argentina and ease with abandon.

In 2009, China’s officials in Beijing were losing sleep over a U.S. debt load below $10 trillion. Today it’s well beyond double that level as Trump eyes any number of spending increases ahead of the 2020 election–on the military, infrastructure, additional tax cuts, you name it. China has even greater reason now to worry about Trumpian losses as the U.S. taps the debt market ten years into a recovery.

“In such conditions, such issuance is unprecedented,” says Louis Gave of Gavekal Research. Worse still, Gave says, the U.S. population is aging as growth in Social Security, Medicare and Medicaid spending is “set to structurally rise” from 8% to 10% of gross domestic product to over 17% in the coming decades. This is not the best time, it follows, to be curtailing immigration, another top Trump priority.

Trump’s answer to the risk of surging bond yields is a compliant Fed. Two decades of pressuring the central bank to ease more and more hasn’t served Japan terribly well. Browbeating Fed Governor Jerome Powell to cut short-term rates when unemployment is 3.6% may backfire. Traders might demand higher yields to compensate them for bad Washington policies.

Trump might consider going easier on his main banker. Instead, he’s ratcheting up his China trade war. On May 10, he raised to 25% from 10% tariffs on some $200 billion of Chinese goods. Trump may soon slap taxes on all mainland goods entering the U.S., more than $500 billion annually.

Just ten days ago, markets were buzzing about a bilateral U.S.-China trade deal. Now the chatter concerns how Beijing might retaliate to Trump’s actions. That includes talk of what traders call the “nuclear option” of dumping Treasurys. It would be a pyrrhic victory, at best. Any jump in U.S. rates might reduce American consumers’ demand for Chinese goods.

“Beijing’s need for economic resilience,” says Michael Hirson of Eurasia Group, “means that some forms of retaliation–such as uncontrolled currency depreciation or selling U.S. Treasurys, which threaten blowback to China’s economy–are likely off the table for now.”

But the option gives Xi a powerful bargaining chip. A highly dangerous one, too, as the events of June 1997 demonstrate. Then Japanese Prime Minister Ryutaro Hashimoto was giving a rather dry speech in New York on Tokyo-Washington relations. Until he admitted that “several times in the past, we have been tempted to sell large lots of U.S. Treasurys” to make a political point. One such moment was during heated auto negotiations a few years earlier. Markets tanked everywhere.

Since then, U.S. government debt has only grown in scale and supremacy. Any risk-off shift sends punters scurrying into Treasurys, even if it’s Trump’s White House that is unnerving markets. Europe’s multiyear debt travails undermine its utility as a safe haven. While the yen often gets a bid in times of global trouble, Japanese government bonds are becoming less liquid as the central bank hoards them.

That leaves Treasurys, for better or worse, at the center of an increasingly uncertain world order. And it leaves China simultaneously with immense leverage over Trump’s America and immense exposure to its policy chaos. If Xi’s government wanted to get Trump’s attention, making a loud point about not financing his excesses fits the bill nicely.